Ubuntu Touch Developer Preview Finally Up and Running on my not new Nexus 4.


After two days of trying Ubuntu Touch Developer Preview OS is finally up and
running on my nexus 4 phone by LG/Google. Here are few snaps of it.
Previously Ubuntu understood my typing and clicking and now it finally understand my touching. 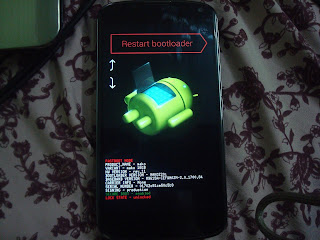 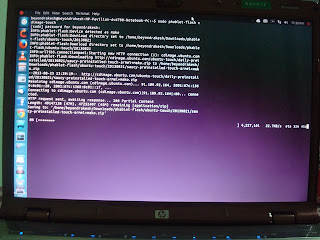 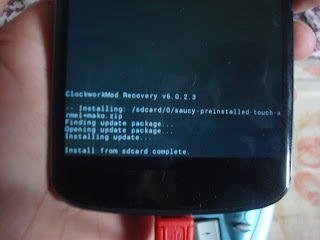 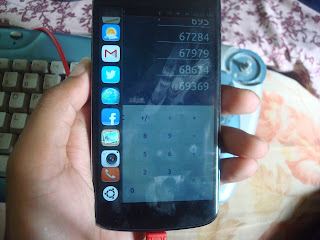 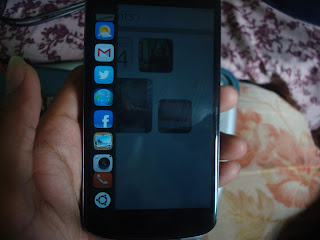 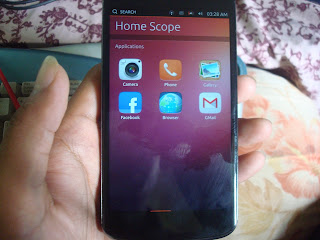 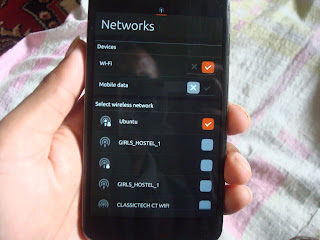 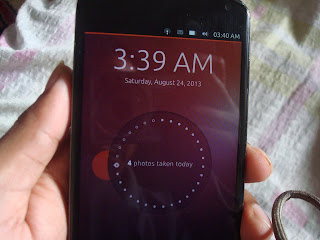 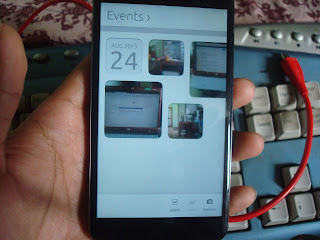 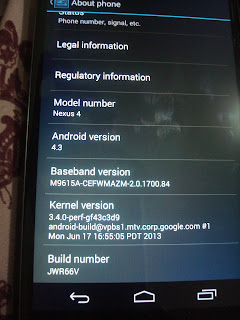 Posted by beyondrakesh at 9:32 AM No comments:

"Most of the energy we spend is like a footprint in the moving sands."

Meditation is not a way of making your mind quiet. It's a way of entering into the quiet that is already there -- buried under the 50,000 thoughts the average person thinks everyday. ~Deepak Chopra

We are always in endless quest for happiness, why is it so? Modern society and our belief pattern has been so much subconsciously programmed that fooled us into thinking happiness is out there somewhere, while the absolute truth is that it is right here, right now within us.

Sometimes I think most of our life's incidents are already predetermined.

"Everything Is Predetermined." Einstein and Ramana Maharshi

Albert Einstein said, "Everything is determined, the beginning as well as the end, by forces over which we have no control. It is determined for insects as well as for the stars. Human beings, vegetables, or cosmic dust, we all dance to a mysterious tune, intoned in the distance by an invisible piper."

Ramana Maharshi was asked, "Are only the important events in a man's life, such as his main occupation or profession, predetermined, or are trifling acts also, such as taking a cup of water or moving from one part of the room to another?"
Ramana Maharshi replied, "Everything is predetermined."

Three things cannot be long hidden -- The Sun, The Moon and The Truth.
I have written this post because most people involve themselves in other people's life so much, making them behave and act like the way s/he likes them.  So they even forget themselves. We care so much, we envy so much. To leave them alone is sometimes a good way to let the other being find their own way because even a glass of muddy water becomes clear in time if the water is allowed to sit undisturbed.

You can watch the video by Gary Weber regarding this topic.
"Everything Is Predetermined" Einstein and Ramana Maharshi - Gary Weber
Posted by beyondrakesh at 10:34 PM No comments:

Of course copied from somewhere else but worth sharing.

SON: "Daddy, may I ask you a question?"
DAD: "Yeah sure, what is it?"
SON: "Daddy, how much do you make an hour?"
DAD: "That's none of your business. Why do you ask such a thing?"
SON: "I just want to know. Please tell me, how much do you make an hour?"
DAD: "If you must know, I make $100 an hour."
SON: "Oh! (With his head down).
SON: "Daddy, may I please borrow $50?"
The father was furious.
DAD: "If the only reason you asked that is so you can borrow some money to buy a silly toy or some other nonsense, then you march yourself straight to your room and go to bed. Think about why you are being so selfish. I work hard everyday for such this childish behavior."

The little boy quietly went to his room and shut the door.
The man sat down and started to get even angrier about the little boy's questions. How dare he ask such questions only to get some money?
After about an hour or so, the man had calmed down, and started to think:
Maybe there was something he really needed to buy with that $ 50 and he really didn't ask for money very often. The man went to the door of the little boy's room and opened the door.

SON: "No daddy, I'm awake".
DAD: "I've been thinking, maybe I was too hard on you earlier. It's been a long day and I took out my aggravation on you. Here's the $50 you asked for."

The little boy sat straight up, smiling.
SON: "Oh, thank you daddy!"
Then, reaching under his pillow he pulled out some crumpled up bills. The man saw that the boy already had money, started to get angry again. The little boy slowly counted out his money, and then looked up at his father.

DAD: "Why do you want more money if you already have some?"

SON: "Because I didn't have enough, but now I do.

"Daddy, I have $100 now. Can I buy an hour of your time? Please come home early tomorrow. I would like to have dinner with you."
The father was crushed. He put his arms around his little son, and he begged for his forgiveness. It's just a short reminder to all of you working so hard in life. We should not let time slip through our fingers without having spent some time with those who really matter to us, those close to our hearts. Do remember to share that $100 worth of your time with someone you love? If we die tomorrow, the company that we are working for could easily replace us in a matter of days. But the family and friends we leave behind will feel the loss for the rest of their lives. And come to think of it, we pour ourselves more into work than to our family.

Some things are more important.
Posted by beyondrakesh at 10:32 PM No comments:

Quick way of finding out the maximum RAM supported on Linux

Linux is very powerful system. We can see its power with commands. There are few tools which you can use to find the amount of RAM currently installed, number of available DIMM slots for RAM and installed quantity and amount of RAM.

Firstly let's use the command "dmidecode".
A. Using dmidecode to find the maximum RAM supported by your system and no. of slots for RAM.
1. First Open your terminal program.
2. Type "dmidecode -t 16" without quotes as in the following snapshot.
In the snapshot of this command in my computer. You can see
The line 'Maximum Capacity:' shows the maximum supported amount of RAM in my system. i.e. In this computer I can use upto 4GB of RAM.
The line 'Number of Devices:' shows the number of RAM slots available. i.e. in my system there are two RAM slots.

B. Using dmidecode to find the information about installed RAM on the system.
1. Type "dmidecode -t memory" without quotes as in the following snapshot.

This tool 'dmidecode' relies on the  information provided by BIOS. There is another tool named "lshw" which does the similar thing but it scans your system hardware and doesn't relies on your BIOS. In most cases dmidecode's output is enough but lshw's output is comparably more accurate.

Let's see the output of lshw.
1. Open terminal and type "lshw -c memory" without quotes as in the following snapshot

Posted by beyondrakesh at 10:35 PM No comments:

Canonical just today on 2nd Jan 2012 released it's Ubuntu OS for phones.
And an Ubuntu-powered phone has also been unveiled by the founder of Canonical, Mark Shuttleworth in London, today. 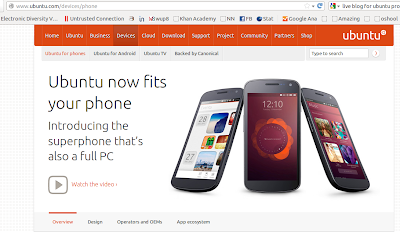 Finally, my favourite Operating System is available for smart phones.
Let's see how it looks, works and feels on your smart phone with this teaser trailer.

Posted by Beyond Computers at 11:48 PM No comments: