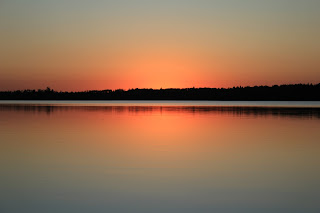 [2012/02/06]"Pushing a rock is easy, thinking about it is the hard thing." consider an eg; In winter we think how can i bath in the cold water and that very thinking stops you from bathing with cold water. But see once you start playing with water then the coldness is gone your body adapts the temperature of the water. Don't think I can't do this I can't do that just take the first step and you can do it. ~from buddhist teaching

[2012/02/01]Direct your attention to the now, purify your intentions with compassion, do one thing at a time with joy, this the wisest kind of life.

[2012/01/09]“Only in quiet waters do thing mirror themselves undistorted. Only in a quiet mind is adequate perception of the world.” – Hans Margolius

[2012/01/05]Be like water ---- Colorless, tasteless, orderless, shapeless. And yet it gives meaning to everything it comes in contact with.

[2011/12/03]most people work just to show others that they work. Anyway learn to work just for the sake of work leaving all the politics behind.

[2011/11/27]every invention comes from a mistake; so learn to making mistakes to innovate, to invent and to ignite your intuition.
binaural beat can help release endorphins so listen to it and be blissful and healthy.

[2011/11/18]Most people tends to be good just due to the fear of going to hell and the greed of going to heaven. Rise beyond greed and fear.

[2011/11/14]mahan hunalai padhnai parcha bhanne chaina, padhera matrai mahan ta bhaidaina. [Translation: For being great you don't need to be educated, and just by being educated doesn't makes you great] Just gather courage to be the authentic self residing inside every one of us.

[2011/11/04]I'll not long for so called happiness; because it absolutely and potentially resides inside of me.


Next time with october and september 2011

Death is beautiful if you can accept it, if you can open the door with a welcoming heart, a warm reception: “Yes, because if I am born I am going to die. So the day has come, the circle becomes complete.” You receive death as a guest, a welcome guest, and the quality of the phenomenon changes immediately. Suddenly you are deathless: the body is dying, you are not dying. You can see it now—only the clothes are dropping, not you. Only the cover, the container, not the content; the consciousness remains in its illumination. More so, because in life, many were the covers on your consciousness. In death it is naked. And when consciousness is totally naked it has a splendor of its own; it is the most beautiful thing in the world......Osho
Posted by beyondrakesh at 2:31 PM No comments:

Though many equate time spent in private with isolation, the two are only minimally related. Whereas isolation implies loneliness, willing solitude is a unique PLEASURE we choose to pursue.

By ”electing to intentionally withdraw from human relationships for a period of time,” we are able to remove the shaping influence of others and recenter our hearts on our deepest values. We are able to evaluate the assumptions, claims, and messages of our culture. Often times, we realize that these shaping forces have been incorrect all along. And we have lost our lives because of them.

Consider that when we embrace solitude…

We intentionally remove the influence of others for period of time.
We intentionally remove the expectations of others.
We are able to hear our own heart speak.
We find rest and refreshment.
We discover that others can live without us.
We find that the world does not rest on our shoulders.
We can adequately reflect on our past and chart our future.
We break the cycle of busyness in our lives.
We become better equipped to show patience with others.
We feed our souls.

While anyone can practice solitude at any given time by just finding a quiet place to sit for an extended period of time, consider these tips to be helpful in developing a discipline of concentrated solitude:

~ Give yourself enough time.
~ Schedule time.
~ Find a calm location.
~ Take as little as possible with you.
~ Just allow your mind to wander.
~ Don’t quit just because you don’t like what you find.
~ Don’t worry if you fall asleep.
~ Pray if you are spiritual

Give solitude a chance. You've got nothing to lose. And your LIFE to gain back.

ODYSSEY OF ENIGMA
http://www.mrakesh.com.np
Beyond the invisible (infinity)
"Knowing others is wisdom, knowing yourself is enlightenment."
Posted by beyondrakesh at 2:15 PM No comments: