["Religious is the very nature of our soul, We need to be religious not by being Christian but by being Christ, not by being Buddhist but by being Buddha."]
If Blogger management team are rigidly religiously superstitious then definitely my blog might be closed but if they are also the seeker of the Truth then they might consider the contents of this blog because what I'm writing here is from the an audio discourse by Osho who's title is given at the end of this post. If you have ever heard the discourse of 'Mr. S.N. Goenka' regarding 'Vipasanna Meditation' then you'll know the difference between the word 'Dharma [धर्म ]' and 'Sampradaya'. What we call Dharma is the real religion and what we call Sampradaya is just Religious Tradition. When we talk about Hinduism, Muslim, Christianism, Buddhism we are actually talking about Sampradaya they are not Religion what we actually mean. How can it mean Religion because the real meaning of the word Religion is 'nature'. 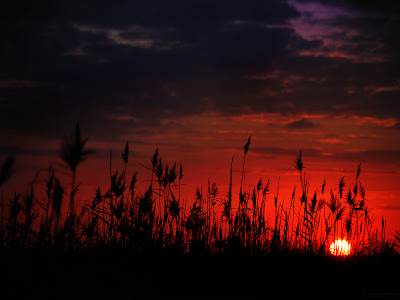 i.e. the nature of fire is to be burn and to burn. So, we can say that the 'to burn and to be burn'is the religion of fire. [carefully consider this truth, after all truth is religion.] ["When I do good, I feel good; when I do bad, I feel bad, and that is my religion".~Abraham Lincoln, that's his nature, so he used the word religion there.] There cannot be any other truth beyond 'meditation'. It is not accident that the word 'medicine' and 'meditation' has been derived from the same roots; where medicine is for physical body and meditation is for the soul. The hypothesis of GOD has made almost all of us to live a very normal life so normally that we even don't bother to think if what we are being said and taught are even true. This discourse has so many shocking truths that if you are not open minded please do not proceed............. I know only one thing; that is to be natural, that's my religion.
The discourse continues as follows:


It is almost like light. Your room is dark, just bring light in. Even a small candle will do, and the
whole darkness disappears. And once you have a candle you know where the door is. You don't have to think about it: "Where is the door?" Only blind people think about where the door is. People who have eyes and the light is there, they don't think. Have you ever thought, "Where is the door?" You simply get up and go out. You never give a single thought to where the door is. You don't start groping for the door or hitting your head against the wall. You simply see, and there is not even a flicker of thought. You simply go out.