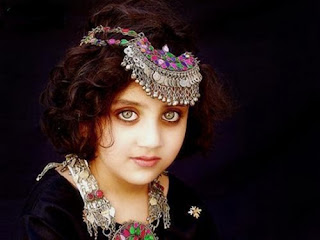 Today, August 17, 2010 I woke up late for my college so I didn't went for the class and instantly this topic came into my mind with so many ideas flowing in my mind I hope I'm writing the best, since I'm not a professional writer.
Let's start with the following facts:
A - "You are all Buddhas,
There is nothing you need to achieve,
Just open your eyes." ~ Siddhartha Gautama Buddha
Once, Osho (Bhagwan Shree Rajneesh) was interviewed, the conversation went like follows (not exactly) as I'm recalling it from my memory and I'm inserting the main conversation only;


B - [Interviewer: Are you god?
Osho: No, I'm a normal person like you, like these people here.
Interviewer: Well not quite (everyone laughs including interviewer)
Osho: There is not much of difference between you and me.
Interviewer: Well I see a great difference. (in a serious manner)
Osho: I was also asleep like you, but now I'm awake. One day you can also awake then there is no difference..... the interview continues but the main thing is already in here.]
There is a Zen teaching which is very insightful in understanding human nature
C - A Cup of Tea
Nan-in, Japanese master during the Meji era, received a university professor who came to inquire about Zen.
Nan-in served him tea. He poured tea into his visitor's cup full, and still kept on pouring.
The professor watched the overflow until he no longer could restrain himself. "It is overfull. No more will go in!"
Nan-in said, "Like this cup, you are full of your own opinions and speculations. How can I show you Zen unless you first empty your cup."
Now, let's understand all these three masterpieces; The first one is said by Gautama Buddha

, second one is the interview conducted with Osho and third one is the Zen teaching. All human beings have the same quality, every one can attain enlightenment, it can happen at any moment, any place, just what universe requires is our desire and devotion to be enlightened. Many of us have been told that we need to believe, respect and pray to god(there are people who don't like to hear the word god, I'm not religious and I respect all relgions, it has 10,000 names, so I better call it 'cosmic consciousness'). All Religions and cultures have taught us the hints to find god but not mentioned the perfect way to find it so it has left most of the people to try to find god beyond their own selves leading them to unhappiness and lost in the middle. But, inspecting the great teaching of the same people like Buddha, Jesus, philosophers, spiritual masters, there is only one conclusion till now and that is: (i.e. 'God is within us') this proverbs also proves right "We carry within us the wonders, that we seek without us.", "He who knows others is wise, He who knows himself is enlightened"
Here the word 'God' symbolizes the state (consciousness, super conscious state of mind, Samadhi, Enlightenment, Nirvana, Christ Consciousness, Krishna Consciousness, other religious names that we all know) so we are the creation of consciousness/god, we are the hologram(it means a tiny part of something/object, but yet it can represent the whole original thing and here I mean we have and represent the quality of god) of god so we cannot find god except in ourselves.
Now, the third one is interesting to know that to learn something we should blank our mind or create space for new knowledge, experience. That is one of the reason why we need to meditate, because it clears the unnecessary thoughts from the mind as we disk-clean-up the temporary files from our computer. I understood this teaching after watching the movie 'The Forbidden Kingdom

' in which Jackie Chan & Jet Li teaches Jason Kung-fu, who is the fan of martial arts movies. When they try to teach this kid Kung-fu, he knows everything but only at intellectual level i.e. theoretically since he has watched lots of martial arts and Kung-fu movies. So, in one scene of the movie at the night, Jackie Chan pours the water into Jason's bowl until its overflown. Then Jason says, its overflowing. Then Jackie Chan says: Exactly! How can I teach you Kung-fu if you already know so much about Kung-fu. 'EMPTY YOUR CUP'. Then Jason pours all the water on ground. Jackie Chan says: Hopeless. and like this the scene ends. I hope its understandable now.
Buddha is known as "The Enlightened One" or "The Awakened One". So, I also cannot guarantee the following fact since even I know about enlightenment at an intellectual level. Enlightened people like Buddha doesn't see dream simply because they are already awake and dream is the activity of asleep mind. Though they require physical sleep for their physical body they do not see dreams.
So, the bottom line line is 'we are asleep and we need to awaken.'
How can I awake if I do not sleep, so I slept today for long time. And the picture above is of a child who have the world's most beautiful eyes and from my dimension it is the only picture which can represent the true awakening.

ODYSSEY OF ENIGMA
http://beyondrakesh.blogspot.com
Beyond the invisible (infinity)
"Knowing others is wisdom, knowing yourself is enlightenment."
Posted by beyondrakesh at 10:16 PM