An Insight into Aloneness, Loneliness, Love

Today the combination of Ubuntu Lucid Lynx 10.04, VLC 1.1.3 (just release), Google Chrome 5.0.375.127 and a audio discourse which will be mentioned at the end has resulted to this post. This enlightened master has a new dimension on Aloneness, Loneliness, Love and Marriage. So, what actually is Aloneness and Loneliness. Let's begin our odyssey then, 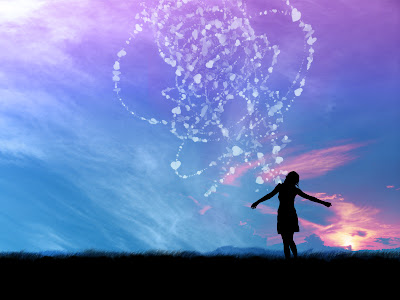 PART - I
This is extract from a Discourse.
Question: Why do I cling to this habit of escaping aloneness?
The discourse: Amrito(questioner), Aloneness is ultimate. There is no way to be anything else than alone. Hence after each profound experience, we will feel alone. After a great love experience you'll feel alone after a deep meditation you'll feel alone. Thats why all great experiences make people sad in the weight of a profound experience sadness always settles, its because of this phenomenon millions of people don't hanker after profound experiences they avoid, they don't want to go deep in love, sex is enough, because sex is superficial, it will not leave them alone. It will be a fun and entertainment, for a moment they'll enjoy it and then they will forget all about it. It will not bring them to their own center but love brings. Love is so profound that it leads you alone, this look very paradoxical because ordinarily people think love will make you aware of togetherness, that is utter nonsense, if love is deep it will make you aware of aloneness not togetherness because whenever anything goes deep what happens?, you leave the periphery of your being and you fall into your center and the center is all alone there only you are, are not even you but only a consciousness with no ego in it, with no identity in it, with no definition in it. An abyss of consciousness.

ODYSSEY OF ENIGMA
http://beyondrakesh.blogspot.com
Beyond the invisible (infinity)
"Knowing others is wisdom, knowing yourself is enlightenment."
Posted by beyondrakesh at 4:36 PM