A Hope of Spiritual Transformation For Modern Human 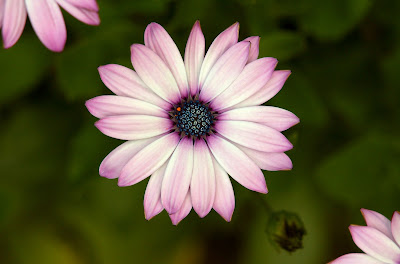 Ruparahi (The Questioner): To me the future of the east appears bleak whichever way one looks at it, either poverty and starvation through fatalism or westernization through capitalism. The burden of the west already lies heavy on the world; the Atomic Bomb, violence through frustration, the atomization of the soul, the destruction of the forest and pollution of the air and sea. Can the world support another west?

The question is very obvious and most of us will answer this world cannot support the west. Even I assumed the answer would be 'NO' but after listening to the answer even I am shaken, not with its consequences but with the view to the world with the eyes of the enlightened person. So, here is the answer that will simply bring you another new dimension on your thoughts and view to the world.

Answer:- The future only appears bleak but it has always appeared so. This is not anything new. You can go as far as possible in human history, to the very first moments of human beginnings when Adam and Eve are expelled from the garden of Eden. And you'll find the future always has looked bleak. Just think of Adam and Eve being thrown out of the garden of God and the doors being slammed behind them. How was future?--- Very bleak it must have appeared. All that they had known is being taken away, their security, their safety, their world, everything is taken away. What future hope is there?--- Only darkness, death, it must have been frightening and this is not only a parable (a short moral story).  Each time a child is born the future looks bleak because again the womb. The safe, secure environment of the womb is taken away from the child. And the helpless child is expelled. What do you think about the child?
Psyche-analyst say that the greatest trauma is birth trauma and the person suffers his whole life. The word 'trauma' comes from a root which means 'wound'.
The birth trauma is the greatest wound, that it is very rare to find a person whose birth trauma is healed, it heals only when a person becomes enlightened because when a person becomes enlightened he is again into the eternal womb of god otherwise the wound goes on and on hurting. Your whole life you try to hide that wound but by hiding it cannot disappear. Each child being born coming out of the birth canal must be feeling future is bleak. And each age has felt it because future is unknown that's why it looks bleak. This is not something new that the modern man is feeling. It is as ancient as man. You can go to the ancient most records and it is always said in every ancient scripture the future is bleak and the corollary to it is that the past was golden and the future is bleak. The past was good. 'SATYA YUGA', the Age of Truth  and the future 'KALI YUGA', the age of death and darkness. This attitude is somewhere deep in your mind, it has nothing to do with time and the realities surrounding you and you have to drop this pessimistic attitude Ruparahi. It all depends on your approach. For example it is so simple to say that the burden of the west lies already heavy on the world, the Atomic Bomb and nobody will argue against you. It looks so obvious but I would like to tell you. Think again, re-consider. In fact it is the Atom Bomb which has made wars impossible. Now, there can be no world war. In the past we could have continued wars because our wars were so inefficient there was no danger. Thats why down the ages in 3000 years we have fought 5000 wars. There was no problem, it was just a game and the male egoistic mind has enjoyed it very much. It has needed it very much and wars would have continued if there was no Atom Bomb. Atom Bomb is the end of war, the future is not bleak. The very existence of the atom bomb means; now if you decide for war it will be universal suicide. Who is ready to take that risk? Nobody can win and everybody will die. Nobody can be the winner then what is the point of the game. War is significant if somebody can win and somebody is defeated. War becomes absurd if nobody can win and both are destroyed. It is only with the existence of the atom bomb that Russia and America are prevented from war. Otherwise there seems to be no other possibility. Except war both are ready, absolutely ready but the Atom Bomb is making it impossible. It is ridiculous now to do war. If both the parties are going to be destroyed then what is the point? Atom Bomb has made war pointless. When I think about Atom Bomb I see great hope. I am not a pessimist at all. I believe things are going to be better everyday more and more better. You will be surprised but this is so simple if you understand. It is because of the Atom Bomb that the war has become total. Up-to now it has become a partial thing. Few people will die but now the whole Earth will die. We have attained to super kill.


We have so much bombs ready that we can kill each person one thousand times. We can destroy 1000 Earth like this. This Earth is small now before our destructive powers. Compared to our destructive power this Earth is nothing. Now who is going to take this risk and for what? You'll not be there to gloat over your victory --nobody will be there. War is not going to happen. The Third World War is not going to happen, and it will not be because of Buddha and Christ and their teachings of non-violence and love. No! It will be because of the Atom Bomb.

Because death is absolute now, suicide will be complete. Not only will man be destroyed, but birds, animals, trees, all life will be destroyed on earth. This is the only possibility of dropping war forever. We have become too much efficient in killing; now killing can be allowed no more. Think this way and you will be surprised. Then the future is bleak no more.


But the other possibility is also there, you can start thinking in a totally new way; that success cannot be in the outer world, that success has to be something inner, that you were rushing in a wrong direction. Your direction was wrong that's why you have failed. In the West, because of frustration, people are becoming more and more interested in meditation, prayer, contemplation. That too is part of the same frustration. My own observation is; a person becomes a meditator only when there are only two possibilities: suicide or transformation.

When in the outside world there seems to be only suicide and nothing, then one turns in. Only at that point, at that peak of frustration, one turns in. The turning in cannot happen in a lukewarm person; it happens only when things are really hot and there is no way outside anymore, all ways have been proved false. When you have been frustrated totally by the outside world and all exterior journeys, when all extroversion seems meaningless, then only the desire, the longing for an inner pilgrimage opens up. It has always been so. It is only at the extremes, when life faces a crisis that transformations happen. Water evaporates at a hundred degrees, that much heat is needed. West has created that much heat of frustration few people will become violent, few people will become murderous, few people will become suicidal but the major part of humanity will start turning in.

To post comments you need to have blogger or gmail ID.
You can visit more of my blogs from the below navigation bar saying 'Must visit pages' and 'Popular' menu.
or by visiting the "USE ME' tab on top.
ODYSSEY OF ENIGMA
http://beyondrakesh.blogspot.com
Beyond the invisible (infinity)
"Knowing others is wisdom, knowing yourself is enlightenment."
Posted by beyondrakesh at 10:28 PM