Majority of People are Beggars, Not Physically But Metaphysically

We are all beggars, not physically but meta-physically. We have not been able to understand even our own-selves due to the illusions of Religion, Politics, Social Norms, Culture, Race, 'ism' and lack of 'ignorance' and 'innocence'. Reading the following story might help us to 'think again' about oneself. 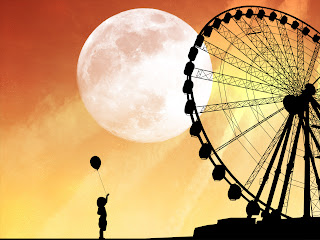 A beggar had been sitting by the side of a road for over thirty years. One day a stranger walked by.
Beggar: "Spare some change?" mumbled the beggar, mechanically holding out his old baseball cap.
Stranger: "I have nothing to give you," said the stranger. Then he asked: "What's that you are sitting on?"
Beggar: "Nothing," replied the beggar. "Just an old box. I have been sitting on it for as long as I can remember."
Stranger: "Ever looked inside?" asked the stranger.
Beggar: "No," said the beggar. "What's the point? There's nothing in there." Stranger: "Have a look inside," insisted the stranger.

The beggar managed to pry open the lid. With astonishment, disbelief, and elation, he saw that the box was filled with gold.
I am that stranger who has nothing to give you and who is telling you to look inside. Not inside any box, as in the parable, but somewhere even closer: inside yourself.
"But I am not a beggar," I can hear you say.
Those who have not found their true wealth, which is the radiant joy of Being and the deep, unshakable peace that comes with it, are beggars, even if they have great material wealth. They are looking outside for scraps of pleasure or fulfillment, for validation, security, or love, while they have a treasure within that not only includes all those things but is infinitely greater than anything the world can offer.
~Eckhart Tolle
image source: smashmethod
http://beyondrakesh.blogspot.com
Beyond the invisible (infinity)
"Knowing others is wisdom, knowing yourself is enlightenment."
Posted by beyondrakesh at 9:08 PM