We have yet to be Human, the wonderful story

Do you consider yourself as human being? Think again. [Read the true story of last paragraph]

Let's read this version of one Philosopher regarding 'being human being'.

Only 1% population govern, use 99% population. Why?
1% people have that amount of money which the altogether other 99% people doesn't have. i.e 1% people are rich.

Because 99% population sell themselves in raw form in the market; i.e. in name of job, in salary, business, etc. You have the right to sell in raw form but when you sell in raw form you get nominal price. We have been selling the herb 'Ophiocordyceps sinesis' (Yarsagumba in nepali) in raw form to foreign nation a lot. When the same 'Yarsagumba' is processed and is produced in the form of medicine capsule. The price of the capsule may be 100 times or even 1000 times more than the price of raw form of it. We have been exporting numerous herbs in raw form, so we also get raw money, which won't have any impact on national level. So, even gold can be useless if its in raw form, because it needs processing. Raw material is useful but in negligible amount than compared to the final product. It seems we are breathing, we are living, but actually we are not alive. 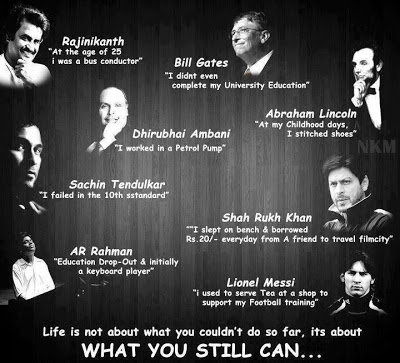 Nowadays after you pass BA, MA, etc. you work whole day using a computer. In the past days you have to turn the pages of account books manually. You pass MA just to turn the pages of account book. Who earns how much amount of money and how much he spends, just to keep the account of money of others you pass MA. The person who keeps the account; need to have degree in economics and the person who actually earns money doesn't need any degree in economics or any subject. He doesn't need any education, he just earns money. He says to the economics degree holder, 'You keep my account because I don't know how to read and write, I'll give you Rs. 5,000 or 7,000 or 10,000 per month. And the degree holder becomes happy to have received 10,000 per month. We have been taught from childhood to do slavery (gulami in hindi)of others. We live just to fulfil the demand of stomach, nothing more. We delete the desire of mind and soul just to fulfil the demand of stomach. So, 99% people's life are ruined because they sell themselves in raw form which doesn't have any value.

Posted by Beyond Computers at 10:57 PM