Beyond Conventional Politics and Religion

This post is the continuation of my previous posts "A Hope of Spiritual Transformation For Modern Human" and "Machine, Technology And Human (The Real Human)". Since, my own country, Nepal is in Political Crisis I'm writing this post from the discourse of Osho so as to let people enlighten on what natural politics is responsible for the growth of Human. 'Auto Immune Disorder' is a disease in which our body's immune system attacks its own cells and tissues due to overactive response of the immune system. Similarly my country has been suffering from this disease; since here we don't know who are 'Pandavas(heroes of Mahabharat)' and who are 'Sakunis(villain of Mahabharat)' everybody is pointing the Gun at each other, killing and destroying each other. So I wish my country could recover from this disease as soon as possible so that the dawn of humanity may happen again. 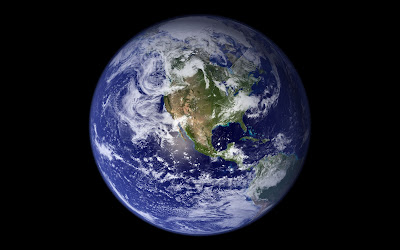 The Discourse continues as below:
You say, Ruparahi, "To me the future of the East appears bleak whichever way one looks at it." It is not bleak. It can be bleak if stupidity wins over intelligence. If the old, rotten mind wins over intelligence then it is bleak. If Gandhi wins, then it is bleak. If Morarji Desai and people like him win, then it is bleak. But if I am heard and understood it is not bleak.
You say, ".... either poverty and starvation through fatalism, or Westernization through capitalism." I am all for Westernization of the East, and I am all for capitalism too, because capitalism is the only natural system. Communism is a violent, enforced, artificial system. Capitalism is a natural growth; nobody has forced it on anybody, it has come on its own. It is part of human evolution. Capitalism is not like communism -- few people trying to enforce a particular system, forcibly on others. Capitalism has grown out of freedom. Capitalism is a natural phenomenon, and it fits perfectly well with human potentials.
I am all in favor with Adam Smith and all against Karl Marx. Capitalism means laissez-faire. People should be free to do their own thing; no government should interfere with people's freedom. The government which governs the least is the best. That's what capitalism is. The interference of the state, nationalization of the industries, are all inhuman. Communism can exist only in the climate of dictatorship. Communism cannot be democratic, Socialism can never be democratic. No socialist can have the democratic mind, because Socialism ar Communism means to impose a particular system on people. How can you be democratic? It has to be forcibly imposed. The whole country has to be turned into a concentration camp.

Capitalism needs no enforcement from above. Capitalism is a democratic way of life. And Capitalism is also very psychologically true, because no two persons are psychologically equal. The whole idea of equality is false, inhuman, untrue, unscientific. No two human beings are equal; people are unequal. In every possible way they are unequal. Their talents, their intelligence, their bodies, their health, their age, their beauty, their qualities; everything is different. No two individuals are alike or equal.  And it is good. The variety makes life rich; the variety gives people individuality, uniqueness. Capitalism means freedom, it represents freedom. I am not against equal opportunities for all. Please, don't misunderstand me. Equal opportunities should be available to everybody, but for what? Equal opportunities to grow to your unequal potentials, equal opportunities to be different, to be dissimilar, equal opportunities to be whatsoever you want to be. Communism is ugly phenomenon. It destroys human freedom in the name of equality. And the equality can never be managed, there is no possible way. Even in Soviet Russia there is no equality; only the classes have changed their labels. First there used to be the Proletarians and the Bourgeoisie; now there are the Rulers and the Ruled. And the distinctions are far more greater than ever. And the whole country has fallen into a kind of dull state.

We can bring it even to a better ecological balance than nature itself, because nature's ways are very primitive and rudimentary. And what is man really? Nature's highest growth. If man cannot bring a better balance, then who is going to bring it? Man is nature's highest peak; it is through man that nature can resettle its own problems. I don't think that the future is bleak. The future is very hopeful, very bright. It has never been so before because for the first time man is coming closer and closer to a point where he can be freed from all work. Man for the first time can live in luxury, and to live in luxury is to be ready to move inwards, because then there is no hindrance on the outside. Then you can simply move inwards, you will have to move inwards: the outer journey is finished. All that can be attained in the outside world has been attained.
Now a new adventure. What happened to Buddha can happen to the whole of humanity in the future. He lived in luxury he was the son of a king and because of that luxurious living he became aware. Because there was no problem on the outside, he could relapse into himself, he could find ways and means to enter inwards. He became interested in knowing "Who am I?" What happened to Buddha can happen to the whole of humanity if the whole of humanity becomes rich, outwardly rich. To be outwardly rich is the beginning of inward richness. And I teach you a religion which implies science in it, and I teach you a religion which is sensate, sensuous. I teach you a religion which accepts the body, loves the body, respects the body. I teach you a religion which is earthly, earthy, which loves this beautiful earth, which is not against the earth. The earth has to be the base of your heavenly flight.
Source: From a discourse by Osho "The Future  - The Secret 16"
To post comments you need to have blogger or gmail ID.
You can visit more of my blogs from the below navigation bar saying 'Must visit pages' and 'Popular' menu.
or by visiting the "USE ME' tab on top.
ODYSSEY OF ENIGMA

http://beyondrakesh.blogspot.com
Beyond the invisible (infinity)
"Knowing others is wisdom, knowing yourself is enlightenment."
Posted by beyondrakesh at 10:45 PM