Reality Beyond What We Unconsciously Speak

[Why people are not interested in understanding the truth? Most of our knowledge has been automatized and mechanized. We speak those words but never know its real meaning because it has been set in our subconscious mind. So, let's see this example to get clear idea of what I want to present in this blog.] 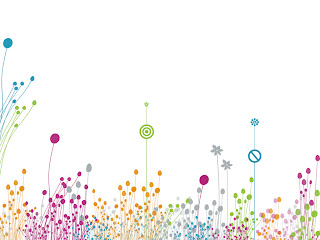 Once it happened that a man died and his wife was really in despair, crying and crying. And one of my neighbors went to her and said, "Don't be worried, the soul is immortal. Your husband has not died, it is just the body; his soul is immortal and cannot die. So don't unnecessarily be in despair, be sad and cry, there is no need."
I was listening, standing by his side. I thought, "Let me wait. When somebody dies in this fellow's house, then I will go." Two years later his father died. So I went immediately. My father said, "Where are you going?" I said, "The same place you are going," because he was going to participate in the funeral procession. A neighbor has died and he was an old friend. He said, "He was my old friend, but why are you going?" I said, "I am going to take care of his son, because that idiot was telling a woman whose husband had died, `Don't cry, the soul is immortal.'
Now I have to see whether he is crying or not." And he was crying. So I said, "Stop crying! You were telling that poor woman that the soul is immortal. What happened? Your father's soul is not immortal? Stop crying! (in a loud manner)"
He said, "You are a strange person. I am in a deep sadness."
I said, "What happened two years ago? When somebody else's husband died, you told her great and beautiful things. All lies! Your tears prove you were lying. If you were true, there would be no tears. Your father's soul is immortal."
He said, "I know it. But what to do? I feel sad."
I said to him, "That woman also knew it."
All knowledge is borrowed; hence all knowledge that is borrowed is a lie. Deep down you are not in agreement with it. Deep down there is doubt. So what you are asking is: If we don't have a God, suddenly the problem arises, to whom do we have to look for guidance about what is good and what is bad? And you feel, you think, it is because there is a certain resistance to thinking. No, it is not as you think. It is not a question of resistance to thinking. Thinking cannot solve the problem.
Source: Audio Discourse: "God is dead. Now Zen is the only Living Truth (God is the business of the priest)"
ODYSSEY OF ENIGMA
http://beyondrakesh.blogspot.com
Beyond the invisible (infinity)
"Knowing others is wisdom, knowing yourself is enlightenment."
Posted by beyondrakesh at 8:53 PM