First of all to show my hate towards current political conditions caused by the unfaithful politicians I'm for the first time writing my blog in black text....
Without individual spiritual transformation, political transformation alone cannot change anything. How many constitutions have been made in Nepal.
Constitution of the Kingdom of Nepal, 2047BS (1990AD)
Interim Constitution of Nepal 2063BS (2007adAD (current one)
And still we are seeking our end of trouble from another new constitution. But just realize where have those constitution leaded us??? Just the demand for yet another constitution....this chain of game will continue until and unless we are awake unless we transform ourselves........ 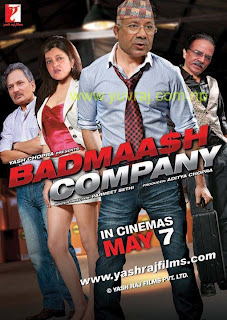 Here I want to compare constitution (or better political system, i.e. democracy, capitalism, socialism) with Operating System (i.e. windows 7, Ubuntu Linux, Mac OS X, etc) I'm using technology to better understand about the political system. In computer I know that every operating system has its own limitations and merits over the other so with the political system i.e. capitalism has its own limitations and merits over socialism. But simply changing the political system won't make any difference at all; it depends on the politicians and policy maker.. Let's see an example to make that clear. I'm good at computers and I can use all 3 operating systems ie. Windows, Linux and MAC OS X, What If I install Ubuntu Linux in my brother's Laptop? I know the power of Linux but my brother won't be able to fully use it, may be he may just be able to browse the web with it. but I can use Ubuntu in his laptop. Similarly, there's capitalistic economy in Nepal but just changing it to socialism won't make it any difference because the politicians and policy makers are the same. It's like just the old wine in the new bottle. The quality and result will be the same.
That's why I am not interested in political transformation at all. Politicians are great hypnotist and happiness and peace sellers and we also believe in them because most of us don't bother to know where happiness and peace exist. Happiness and peace cannot be found other than oneself. It is within you. But politicians are capable of hypnotizing us to believe that happiness and peace are beyond ourselves i.e. physical facilities, etc. So, just in the name of happiness they have been fulfilling their criminal desires.
Here the subject of this post is 'Is Constitution a need or a desire?' First let's understand the difference between need and desire. For a thirsty person, water is need but for a normal person a Pepsi or Wine is desire. Yes, we do need constitution. Our computer cannot run without operating system (i.e. Windows, Linux, or MAC) But only the capable should choose which to use in their system. If you can't use Linux or MAC why demand for it? i.e. If you can't use Windows XP constitution very well, then why should we demand for  Linux constitution. As upto now there are so many articles and bylaws included in constitution which are yet to be implemented in real life. So, why should we seek to include few sweet words in our favor in the new constitution as it won't change much. We will again need another constitution in less than a decade and this is exactly what has been happening in my nation. Within a decade they need new constitution but they don't know they need new man.
There's a campaign by Dr. Yogi Vikasananda whose main theme is "Let's change ourselves to change the world." "सन्सारलाइ बदल्नु छ, सुरू आफैबाट गर्नु छ ।". If he might step into politics then I'll definitely vote for the first time and it will be for him because all other politicians are politicians because they cannot succeed in other aspects of life so they do politics not for the sake of welfare of people but themselves. I can see so many people who involve in social service activities in my hometown. Most of them are selfish. The one who have not risen from himself is involved in social welfare activities. because they get heavy donations from foreign nation and they just fill their pockets. One of the most surprising activities they conduct is; they conduct seminar for the welfare of poor people, where? in 5-star hotel wasting thousands of dollar, they could have used those thousand dollar for the welfare of the poor but they don't do they just present the report of what they have done and get thousands of dollar as donation. So, I urge all the foreign donors not to donate to Nepal without a proper investigation because there are only few those organizations which are involved in genuine welfare. To donate to Nepal means to put water in sand; you cannot find the trace of water at all after you put.
Plato is right when he says  unless the philosophers(people with spiritual quality) would become rulers or the rulers become philosophers the problems of general people won't be finished.
Lastly without merging spirituality with politics general people's sad days won't escape no matter how loudly those politicians shout to eradicate the problems of people's in their so called 'भाषण'.
Posted by beyondrakesh at 3:19 PM