Laughter, for Physical and Spiritual Health

Laughter is good for your health

Following is the excerpt from one of the audio discourse of Osho.
"This is worth considering. It is significant. The first thing to understand is that except for man, no animal is capable of laughter. So laughter shows a very high peak in the evolution of life. If you go out on the street and see a buffalo laughing, you will be scared to death. And if you report it, then nobody will believe that it can happen. It is impossible. Why don't animals laugh? Why can't trees laugh? There is a very deep cause for laughter. Only that animal can laugh which can get bored. Animals and trees are not bored. 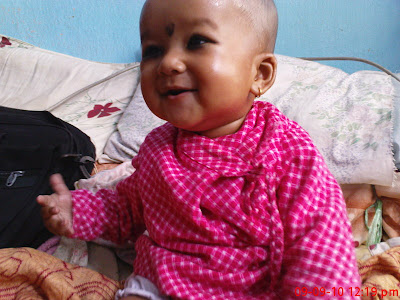 Boredom and laughter are the polar dualities, these are the polar opposites. They go together. And man is the only animal that is bored. Boredom is the symbol of humanity. Look at dogs and cats; they are never bored. Man seems to be deep in boredom. Why aren't other animals bored? Why does man alone suffer boredom? "The higher the intelligence, the greater is boredom. The lower intelligence is not bored so much. That's why primitives are happier. You will find people in the primitive societies are happier than those in civilized ones. Bertrand Russel became jealous when for the first time, he came into contact with some primitive tribes. He started feeling jealous. The aboriginals were so happy, they were not bored at all. Life was a blessing to them. They were poor starved, almost naked. In every way, they had nothing. But they were not bored with life. In Bombay, in New York, in London, everybody is bored. The higher the level of intelligence and civilization, the greater the boredom.


"So the secret can be understood. The more you can think, the more you will be bored; because through thinking you can compare time as past, future and present. Through thinking you can hope. Through thinking you can ask for the meaning of it all. And the moment a person asks: "What is the meaning of it?" boredom enters, because there is no meaning in anything, really. If you ask the question, "What is the meaning of it?", you will feel meaningless. And when meaninglessness is felt, one will be bored. Animals are not bored. Trees are not bored. Rocks are not bored. They never ask what the meaning and purpose of life is. They never ask; so they never feel it is meaningless. As they are, they accept it. As life is, it is accepted. There is no boredom. Man feels bored. And laughter is the antidote. You cannot live without laughter; because you can negate your boredom only through laughter. You cannot find a single joke in primitive societies. They don't have any jokes. Jews have the largest number of jokes. And they are the most bored people on the earth. They must be bored; because they win more Nobel Prizes than any other community. During the whole of the last century, all the great names are almost all Jews -- Freud Einstein, Marx. And look at the list of Nobel Prize winners. Almost half the Nobel Prize winners are Jews. They have the largest number of jokes.

"Laughter is needed for you to exist. Otherwise, you will commit suicide.

"The second type of laughter is when you laugh at yourself. This is worth achieving. This is cultured. And this man is valuable who can laugh at himself. He has risen above vulgarity. He has risen above lowly instincts -- hatred, aggression, violence.
"And the third is the last -- the highest. This is not about anybody -- neither the other nor oneself. The third is just Cosmic. "There is a Cosmic laughter which comes into being when the whole joke of this Cosmos is understood. That is of the highest. And only a Buddha can laugh like that. Avoid the first. Don't laugh at anyone's expense. That is ugly and violent. If you want to laugh, then laugh at yourself.
"That's why Mulla Nasruddin, in all his jokes and stories, always proves himself the stupid one, never anybody else. He always laughs at himself and allows you to laugh at him. He never puts anybody else in the situation of being foolish. Sufis say that Mulla Nasrudin is the wise fool. Learn at least that much -- the second laughter.
"If you can learn the second, then the third will not be far ahead. Soon you will reach the third. But leave the first type. That laughter is degrading. But almost ninety-nine percent of your laughter is of the first type. Much courage is needed to laugh at oneself. Much confidence is needed to laugh at oneself.
"For the spiritual seeker, even laughter should become a part of Sadhana. Remember to avoid the first type of laughter. Remember to laugh the second. And remember to reach the third."

Beyond the invisible (infinity)
"Knowing others is wisdom, knowing yourself is enlightenment."

Posted by beyondrakesh at 10:15 PM