Is education losing its value? Is acquiring education the one and only goal of life? We makeup looking in the mirror, but have you ever thought that why you are making your faces pretty with makeups. You are not even able to look at your own face, you need a mirror to look your face, so for whom are you doing makeup? Certainly not for yourself which proves that you are living for others, to live for oneself is what people have forgotten. Here, to live for oneself means to live for own inner satisfaction (not selfish). We live with borrowed ideas, we also have so many borrowed ideas about education. In my society also everybody tells me to study first but the reason behind their telling is nothing more than the social aspect. It hurts to study in which you are not interested in. It's a total waste of time and life itself. Academic education is so theoretical that it is a complete boredom.
I find the following essay by an unknown author very pinching regarding this topic. So, here we go............ 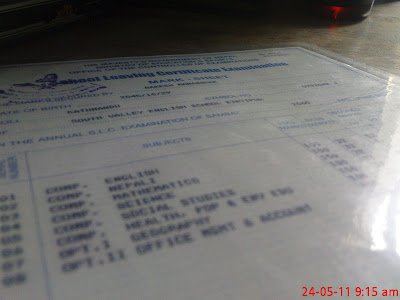 Today, it seems to be universally accepted that increased education is a good thing. Thousands of colleges and millions of students spend vast amounts of time and money chasing pieces of paper. But what is the value of these qualifications/certificates? This essay  will discuss whether education has been devalued.

Supporters of education say that increased levels of education will open doors for students. Certificates, diplomas, and degrees are held up as a status symbol, a passport to a private club of money and power.
However, the truly  powerful are not those with degrees, but people who stand back and look at what is really important in life. These people are found in every part of society. Like many brilliant people, Einstein was a weak math student. Like many successful businessmen, Bill Gates never completed college. Like many inventive and creative people, Thomas Alva Edison never went to school. The greatest religious teachers do not have letters after their name. Does Buddha has any surname? Similarly, many of the world's political leaders do not have master's degrees or doctorates. These are the people who shape our lives, and they are too busy with real life to spend time in the paper chase (certificates).

Students in college are being sold an illusion. They are made to believe that self-understanding and society approval will come with the acquisition of a piece of paper. Instead of thinking for themselves, and finding their own personality and strengths, they are fitted like square pegs into round holes, in so-called professional jobs.

The role of education is to prepare masses of people to operate at low levels of ability in a very limited and restricted range of activities. Some of these activities are perhaps more challenging than the assembly lines of the past, but the ultimate purpose is equally uninteresting. More worryingly, despite the increased level of education, people are still not genuinely expected to think for themselves. In fact, the longer years of schooling make the job of brainwashing even easier. (So, there is a saying in my country, it is very easy to convince a new concept(good concept/ideas) to an uneducated people than to the educated people, because they have little knowledge so they use their immature mind to judge what is good or what is bad).

There is still a role for study, research, and education. However, we need to examine our emphasis on education for the sake of a piece of paper, and to learn the real meaning and revolutionary challenge of knowledge.

Here, what I see is now that education has turned into a professional business, otherwise how would the questions be leaked as of our HSEB's grade XII exam. Teachers themselves are leaking the questions, so assume the quality of education on their students. And most amazing thing is what have education taught on them i.e. to cheat, to bargain down to any level just to earn money?. And where is the morality gone? I don't have an absolute answer to say education is wrong but sure the education system has been proven wrong each and every time. Otherwise why would the rate of depression and suicide are higher in educated western countries than in traditional eastern countries?
And lastly nature has not created all of us just to get degrees and certificates, some may be interested in it but those who are not interested should not join it. otherwise we are just like the sheep in a herd who just follows without knowing........ Remember only a blind people believe in light, the one who can see, knows what is light. So, education has been long trying to make us asleep so wake up and dare to see the light and stop believing................

And finally does anyone like to use old Windows 98 these days? As technology keeps changing so must the education pattern. If you study, study for yourself, not for fulfilling your parent's dream otherwise you'll never be able to live your own dream.

Posted by beyondrakesh at 9:14 AM