Census, the humour is on

Once in a remote village, there was only one person named Birkhe, who is literate and knows how to read and write. During the census, the govt recruited Birkhe to collect the data from the village. The Chief District Officer teaches him what to ask from the individual houses and fill in the census form. The CDO told him to ask 'Are you married?' If yes, then tick 'married' and vice versa in the form and ask 'How many children you have? and so on...

Then the person went to the village with census form. 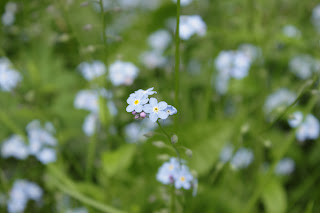 Birkhe knocked on a door of a house. A young lady appeared. He said that he was collecting data for census for the government. And asked the lady, 'Are you married?'. The lady replied 'No'. Then he filled the census form. And then he asked 'How many children you have?'. Then the lady replied with a slap in his face.
In the evening Birke returned to the office and said to the CDO that the lady from the village slapped him in his face. Then he asked what did you ask her? Birkhe said First I asked her 'Are you married?, She said 'No'. Then I asked her how many children you have? and she then slapped me.
Then CDO said you should  have asked first 'How many children you have?'

Then next day Birkhe again went for his job. He knocked on another house where an old lady opened the door. He said that he was collecting data for census for the government. And asked the old lady, 'How many children you have? She replied she had six children. Then he asked 'Are you married?" Then she replied with a slap in his face.

Morale: Just learning how to read and write cannot make you successful in life. Doing what you want and making it your work can make you successful. There are so many people who are literate and educated but unemployment is increasing.